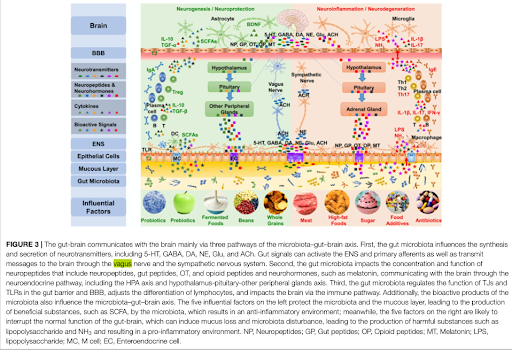 Neurotransmitters in the gut: Serotonin, GABA, Norpinephrine, & Dopamine Neurological diseases and mental disorders are some of the most current research areas in the medical field. According to Liang et al. (2018), only when we take the human self and its microbiota into consideration at the same time is when we can better understand these diseases. Liang et al. (2018) noted that new research has found that the human being carries billions of microorganisms such as archaea, bacteria, fungi, viruses, and protozola living in symbiosis with their human host. These microorganisms contain 300 to 3,000 different species that exceed 10 14 the number of human cells representing more than 200 times the number of human genes. These microorganisms have mutated and established a relationship with their host over evolution; therefore, they are called commensal microbiota (Liang et al. 2018). Strandwitz, (2018) shows that the gut microbiota has trillions of bacteria est
Post a Comment
Read more
March 16, 2020 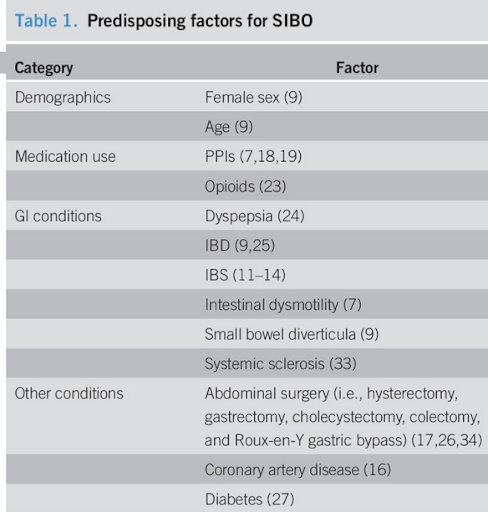 Small Intestinal Bacterial Overgrowth: The human intestinal microbiota has a complex ecology, and it has the most abundant microbial population in the human body. It is also characterized by its diversity and complex interaction. Per Bures et al. (2010), any disbalance in the intestinal microbiota will have serious health consequences. One of the most commonly developed syndromes due to bacteria overgrowth is called SIBO small intestinal bacteria overgrowth. It is defined as an alteration of bacteria in the upper gastrointestinal tract and is one of the most common forms of disbalances in the gut. The duodenum and jejunum contain a small number of bacteria, such as lactobacilli and enterococci gram-positive bacteria. However, high amounts of coliform gram negative bacteria are found in the small bowel of people with SIBO.   Sorathia et al. (2015) reported that gastric secretion and intestinal motility limit the overgrowth of bacteria in the small intestine. Fu
Post a Comment
Read more
More posts