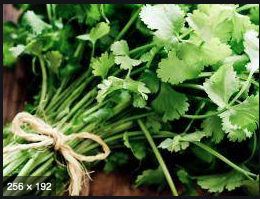 Detoxification is a very hard process in a cellular level that could possible lead to mortality if is not assess correctly. The whole process involves several components such as biotransformation, mobilization and elimination of toxicants of exogenous and endogenous origins. Research suggests that food alone support this highly complex process. After reading several research studies on the process of detoxification the elimination diet would be my first option as a therapeutic tool to achieve detoxification. The use of this diet allows the patient to remove the most common allergenic foods and drinks from the diet for a period of 4 weeks and gradually adding back the eliminated foods to observe their effects in the body. Another effective tool is to concentrate on detox-focus core foods such as Cilantro and many others that promote detoxification pathways. Cilantro for example has shown in clinical studies to help the body to detox of heavy metals. During clinical studies levels of mercury, lead, and aluminum in the urine increase during Cilantro cleansing. The recommended dosage for Liver support contains 125mg of Cilantro per serving and it is recommended to take 2 -3 servings per day (250-375mg of Cilantro in a daily dose (1,2).